I met Feline & Strange (think space opera) when they were looking for extras to take part in their video of "REAL WOMAN". So a friend asked me to show up and do my thing. It didn't take long for me to become a huge fan – Feline Lang is a full‐blown opera singer and actor and Christoph Klemke is absolutely brilliant on the cello. And they're people of such good character that one might ask oneself if it would be a good idea to pick friends more carefully. They definitely deserve great success. Every single song on their CD "OUT" gave an ear worm that lasted two weeks each at least.

Feline & Strange's music is out for free and they're doing their business all on their own. Including videos. With their new drummess, Rah Hell, they basically blasted the venue last time I watched their gig (and I always do when I'm in town and so should you). If you want them on your stage: just tell them!

If you want to join some music video filming: same thing. But a word of a warning right there: you might freeze to death, get grilled or be leaving an unforgettable impression on foureigners. Movie business is just not for the faint hearted.

This thing has been filmed inside the Fargo in Berlin. I came up with the costume and makeup to bring on something as feline and strange as it could get.

Appearance as a ghost. Across two days of filming. One at the Baltic sea with 11°C temperature and one at THE party zone in Berlin on a Saturday evening. Totally crazy. Comedy had to ensue. We had metric cart loads of fun. 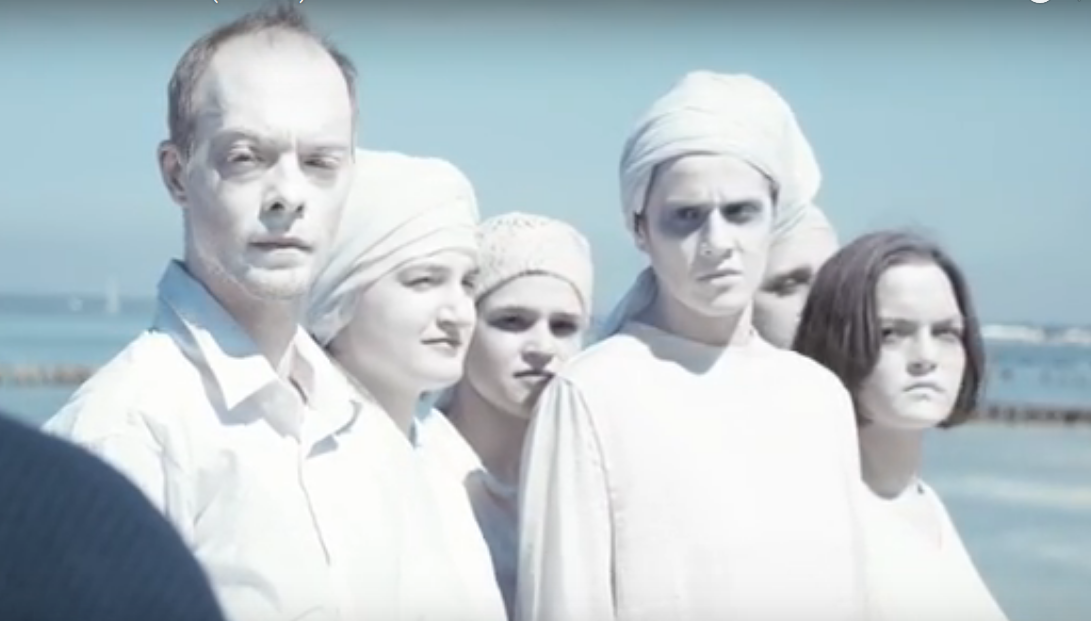 Appearance as a steam punk passenger. Done in their practising room. You wouldn't believe how much stuff was in the background and got edited out. Speaking of: Damón Zurawski of Future Legends Films is the genius behind the camera.

Another occasion where we ran around in crazy dresses as if the nut house had an open day. Some hot roof killed some shoes.

This thing's been done in a single afternoon of filming. Just watch it. Unbelievable.